A guest post by Ros Bell, first an introduction by James Clay.

So have any of you ever attended a training session on how to use the Twitter?

So have any of you ever attended a training session on how to use the Twitter?

You can see in this unscientific survey that 75% of people who responded to my poll on Twitter (and so were using Twitter) had not attended a training session on Twitter, but a quarter had.

I was interested to see what training people were doing on using Twitter so here is a guest post from Ros Bell who is the  AV & New Technology Coordinator at The University of Manchester Library and details of the workshops she runs on using Twitter. 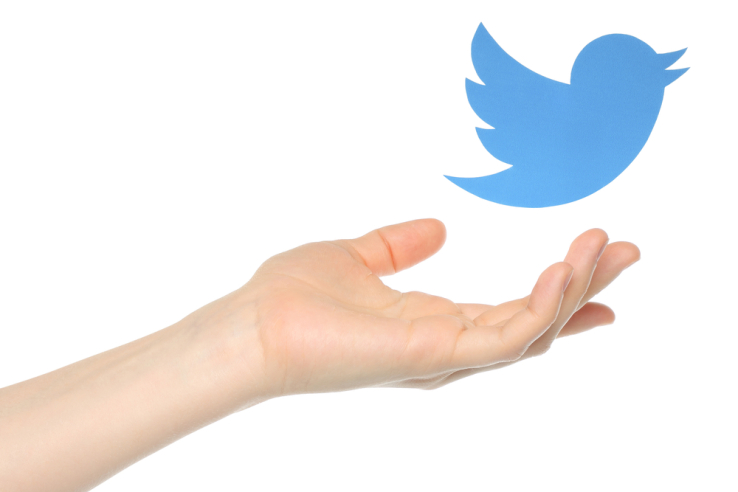 If you asked my colleagues what my job entails, they’d probably say that I’m the ‘person who knows about apps and technology and stuff’, and I’m happy with that.

I was first asked to run a workshop for members of the Library’s Teaching and Learning team, on how to keep on top of information online. There was a feeling that people were missing out on important information in their field of interest, that they were constantly playing catch up and feeling overwhelmed by the sheer volume of information available. Knowing this, I decided to split this workshop into three sections:

You can use Twitter for all three of those things, but my aim was to get people using the most effective tool for the job. With that in mind, I decided to focus on Feedly, Evernote and Twitter.

Most people attended the workshop to get a better handle on Twitter – pun very much intended. Often times they hadn’t heard of, or didn’t use Feedly or Evernote. Many would pick them up after the workshop and use them regularly, but it was Twitter that seemed to motivate people to come in the first place. When running these workshops with my colleague Kev, we would often hear phrases like, “It’s overwhelming”, “There’s too much stuff” and “Is anyone reading what I post?”.

Rather than giving a painstaking guide to what we cover in the training, I thought I’d try and answer those three questions as best I could. With added funny tweets that I love throughout. I can’t promise that they will have anything to do with the subject matter, but I can promise that they will be excellent.

Yes. It is. There’s no getting away from it, so you’d better embrace it. You will never absorb all the information you want to from Twitter, so make your peace with that. The best way that you can make the most of Twitter is by following the right people. Here’s how to do it: Spend some time on Twitter. Look back over hashtags from events and conferences you’ve been to. Follow speakers or facilitators from sessions you’ve enjoyed. Follow people from your LinkedIn. Look at their timelines and if you like something they’ve retweeted, follow that person too.

If you’re not following too many people, you’re probably following the wrong people. It’s time for a cull. Do it monthly. If you’ve never spent that much time on Twitter, chances are that you’re only following the few accounts that Twitter asks you to choose when you first signed up. So unless you are genuinely interested in seeing every tweet from an account, unfollow it. Be strict when you do your Twitter culls. You don’t need to announce that you’re culling, this is not MySpace and we are not in 2001. If you don’t need to see it, or if it’s not relevant, then unfollow.

“There’s too much stuff”

This is essentially the same as the last statement, but I’ve split them up for the sake of accurately representing my experiences with novice Twitter users.

You’re right. There are 310 million active Twitter users per month. Most of it is nonsense. But even discounting 70% of it as white noise about stuff you’re not interested in, there is still way too much stuff. Especially if you follow news sites. The Guardian, for example, posts multiple times per day and of course they do, they should. But you don’t need to see that. Your Twitter timeline is a precious commodity and to get the most out of it, it has to be lean.

Lists are a Twitter wondertool that, for some reason, the Twitter overlords have hidden away in settings (go to the profile page of the account you want to add to a list, click the cog icon and ‘Add/Remove from List’). Lists are great for catagorising and are good for those accounts that you only really want to keep an eye on, rather than fully follow. For instance, you could create a list for News sites and add all news that you’re interested in to that list. That way the constant posting isn’t disrupting the flow of your timeline, but they are all there and ready for you to read when you want them. You can make public or private lists, but be aware, if the list is public, the accounts will receive a notification letting them know that you’ve added them to a list. This becomes important if your list is entitled, “Sympathy follows” or, “Useless nonsense: The Garbage Accounts”.

The filtering possible with lists is a lot more limited than I would like, but it does the trick in the short term.

*shipwrecked diary*
Day 1: alone, doing well. Mentally sound. Met a crab
Day 2: I have married the crab.
Day 3: I have eaten my wife.

I don’t want to say ‘no’. But… no, probably not many to start off with. It is highly unlikely that you will get notifications blowing up your phone when you first join Twitter, but the more you get involved with conversations, the better you’ll get at Twitter, and the better you are at Twitter, the more interactions you’ll have.

Hashtags are a good way to get your tweet seen, but use them sparingly. The 90’s and 2000’s brought us death by PowerPoint. The 2010’s bring death by hashtag.

Obviously this is an extreme example, but hashtag overuse make your tweets unreadable and renders them entirely pointless. Unless you’re doing it for comic effect, but that’s a different blog post entirely.

Think of hashtags as a way of categorising tweets by theme. If you’re a beginner, try searching for a hashtag before you use it. Perhaps it’s already in use for a different topic, maybe there’s another active hashtag but with different wording. Take time to use hashtags properly and you can use them to discover interesting people and conversations that you might never have seen before.

My final top Twitter tip is to know your audience. I run six accounts, for various outlets in my life. Personally, I find it easier to keep everything separate. But however you work, making sure you tweet interesting and relevant content to your followers will help you build up a strong twitter profile and hopefully help you extend your network.

Leaving my browser history open in case anyone in this coffee shop tries to steal my laptop when I'm in the bathroom. pic.twitter.com/IOo89Vypy7