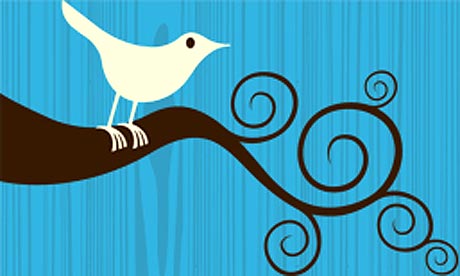 We know that staff who use tools such as Twitter are more likely to be able to understand the nuance of a tool such as Yammer or Slack. Those who don’t will probably struggle. The solution is not go do Twitter, but to realise that when introducing new tools, if you have an understanding of the digital capabilities of your team or staff, you can ensure that any training materials or workshops address not just the technical aspects of any new tool, but also the nuance of why it is being introduced and the ways in which it can be used.

Within the Jisc Digital Capability framework one element is that of digital communication which we have described as:

Over on my blog I have posted a couple of articles on my use of Twitter. The second is about how “we are all rubbish at Twitter” and there isn’t one way or a right way to use Twitter. However, the first is a history of how my identity on Twitter came about and how I used it initially and where I am today when using Twitter. One key aspect for me was that many of the skills I gained in other tools and services (such as Usenet) were transferable into Twitter. But those same skills and the experience in using Twitter were also useful when using other tools such as VLEs and online conference platforms.

When it comes to introducing a new VLE or online tools and services, understanding the digital capability of your staff, especially their digital communication, collaboration and participation capabilities will ensure any new system is welcomed, adopted with good utilisation of the full functionality.

What is often missing is the nuance of the tool, why the tool should be used and what it can do, what it replaces and what is new.

Those people who are confident and familiar with other tools, such as Twitter, Google+ and even Facebook in some respects, will see Yammer for what it is and be able to use it reasonably effectively. Having said that it is sometimes useful to even provide guidance on the why the tool should be used.

What Yammer can do is replace many of the functions that we use e-mail for and for which it does badly. Using e-mail for open threaded conversations and discussions is never a good idea and fills people’s e-mail inbox with what many would regard as noise, but some would regards as essential and critical.

Really e-mail works best as a 1-2-1 asynchronous communication tool, whereas something like Yammer is a great one to many and many to many communication tool. Similar things can be said about other tools such as Slack, Basecamp and JIRA and how they differ to communication via e-mail.

The key issue for adoption and use of such tools is the capabilities of the staff who are to use them. If they have low levels of digital communication, collaboration, participation capabilities then it is possible and likely that they will not take advantage of the benefits and features of these tools.

If you ask staff directly about their digital communication skills, they will probably look at their use of e-mail and think I can do that. Assessing your own skills is a challenge and something we looked at when developing the digital capability discovery tool.

We use cookies on our website to give you the most relevant experience by remembering your preferences and repeat visits. By clicking “Accept”, you consent to the use of ALL the cookies.
Cookie settingsACCEPT
Manage consent

This website uses cookies to improve your experience while you navigate through the website. Out of these, the cookies that are categorized as necessary are stored on your browser as they are essential for the working of basic functionalities of the website. We also use third-party cookies that help us analyze and understand how you use this website. These cookies will be stored in your browser only with your consent. You also have the option to opt-out of these cookies. But opting out of some of these cookies may affect your browsing experience.
Necessary Always Enabled

Any cookies that may not be particularly necessary for the website to function and is used specifically to collect user personal data via analytics, ads, other embedded contents are termed as non-necessary cookies. It is mandatory to procure user consent prior to running these cookies on your website.