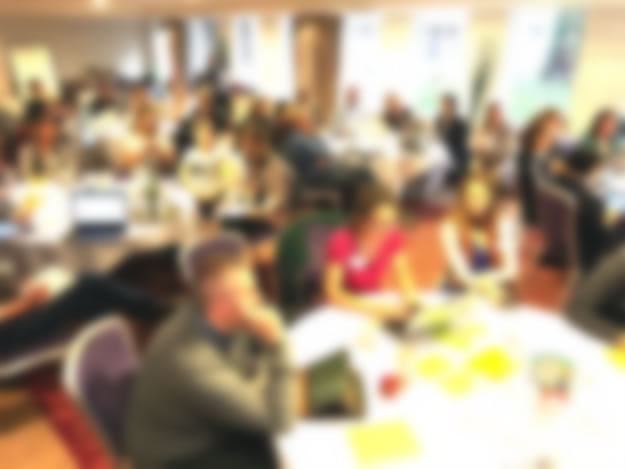 One of the six elements of digital capability as outlined in our published framework is digital identity Across the web on various blogs, there have been some interesting articles and views on identity.

I really started to engage with the web in 1997 and back then the default behaviour was to be mainly anonymous or if you wanted to be identified, you used a “handle”. I remember on the ISP usenet group I frequented I was known as jimbo. However by the mid-noughties engaging with a professional body of learning technology professionals, I started to move from anonymity to using my actual name, James Clay. This really started with tools such as Twitter, Flickr and even Facebook! However one core tool for me was using WordPress for my e-learning blog and actually wanting to raise my profile in the learning technology community. When writing on this blog I started to use my real name. Since then I have been “James Clay” on the web and social media.

Over the last couple of months so, there have been some interesting blog posts on identity, anonymity and residency which will be of interest to those interested in digital capabilities.

Donna Lanclos (who was a presenter at our  Jisc Digital Leadership Programme) posted on her blog a post entitled Resident Anonymity?

In this post Donna discusses does it matter if people are anonymous on the web?

Students, novices, anyone trying things out and wanting to see what happens might well value the freedom that comes from anonymity, the ability to try something on and discard it without it scuffing the identity that everyone already knows them by.  Anonymity can facilitate creativity, risk-taking, a feeling of safety.

She contrasts this with the views of an individual who attended one of her workshops about the vitriolic comments anonymous people made on newspaper websites. She finishes off with the following

I am interested in having more public conversations about the motivations to be hidden while making work and words visible.

Our own Lawrie Phipps on his personal blog responds to Donna’s post and links it into our work on digital capabilities, specifically digital identity, in Digital Literacy and the problem of balancing Presence and Anonymity

He reflects on the negative aspects of anonymity, but then asks what advice can we give people on the positive sides of an anonymous web presence.

I have been going through some of the Jisc Digital Literacy and Digital Capability resources and trying to identify some work that helps both students and staff understand the situations where online anonymity is a positive. Most of the work talks about the importance of understanding digital and developing a good online presence, and in the new Jisc Digital Capabilities work this is also emphasised.

He finishes with the following question:

With the Jisc Digital Capabilities Framework there is an underpinning element of identity and well being, what advice and guidance should it contain to promote the effective use of anonymity and pseudonymous presence.

Well that certainly is a question we should be looking at in helping individuals to build capability in the area of digital identity. What are your thoughts on anonymity?

People have posted a lot of good things on Yik Yak, but they’ve also posted a lot of hurtful content. Unfortunately, anonymity plus mobile proximity can lead to an environment (due to hurtful content) that (at least on the app) is hostile. This has lead to multiple conversations about banning and/or monitoring Yik Yak. While Yik Yak has been cooperative with law enforcement officials when unprotected speech gets posted, a lot of content posted on the app that falls within protected speech has upset a lot of people.

His view on Yik Yak is summed up as follows:

My opinion on Yik Yak is that it’s like a lot of our digital engagement channels, it represents “us”…good, bad, and ugly. Yik Yak can be a source for good. There’s a lot of supportive posts, non-offensive humor, and if news is breaking, there’s a good chance someone is posting about it on the app.

More recently Eric noted on the Twitter on an interesting and positive use of YikYak by Loughborough SU in getting students to freely discuss any questions they had about drugs.

Over on the ALT Members discussion mailing list, there was a discussion on a similar topic, the mis-use of social media, and this was summarised and published on the ALT website.

Recently Sue Watling from Hull University asked the ALT-MEMBERS mailing list for advice on developing a policy document on the use of social media which in particular addresses misuse:

I was wondering if anyone had any suggestions for dealing with misuse of social media, for example students using anonymous apps (like yikyak) for inappropriate behaviour likely to cause distress to others, both staff and students

Sue has followed her original post with a post compiling responses to her original question. As this is an area that may be of wider interest to the community, and with Sue’s permission, we’ve reposted an edited version of her compiled list.

So what are your thoughts on digital identity?